500 Troops off to Wembley for England vs. Ireland showdown 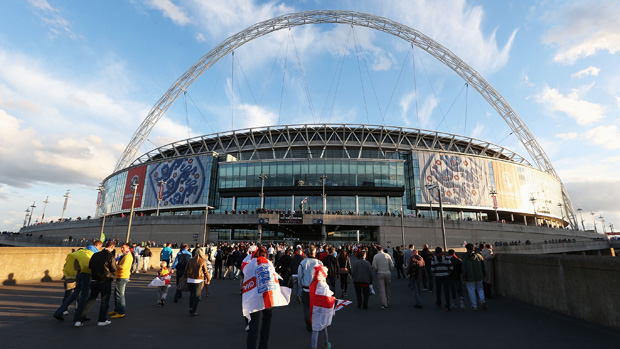 500 servicemen and women will be at Wembley Stadium tonight (Wednesday 29th May) for the international friendly between England vs. Ireland.

The tickets have been provided by The Football Association as part of their on-going partnership with Tickets For Troops.

The FA has supported Tickets For Troops since the charity was established in 2009, providing 500 tickets for every England International and thousands more tickets for others events held at Wembley Stadium.

To date, over 14,000 tickets have now been allocated to troops for England international fixtures alone.

Tickets For Troops has seen an overwhelming level of generosity from organisations across the UK and has allocated, since 2009, in excess of 350,000 tickets and is now on average distributing 10,000 tickets every month.

Tickets For Troops Chairman, Lord Marland, said: "The support Tickets For Troops has received from The FA, and organisations across the UK in general, has been overwhelming and I must thank them for their continued commitment in getting behind our troops.

'This generosity is a huge testament to the courageous, challenging and dangerous work that the wonderful men and women of our Armed Forces tirelessly do each day on the country's behalf."

England manager, Roy Hodgson, showed his support saying "I have always been a great supporter of our Armed Forces and there is a strong connection between the England football team and the support of those that serve our country."

"These young men and women, who serve us in such a dedicated, courageous and loyal way, should make us all feel very proud."