Bring on the Subs! Submariners are up for England 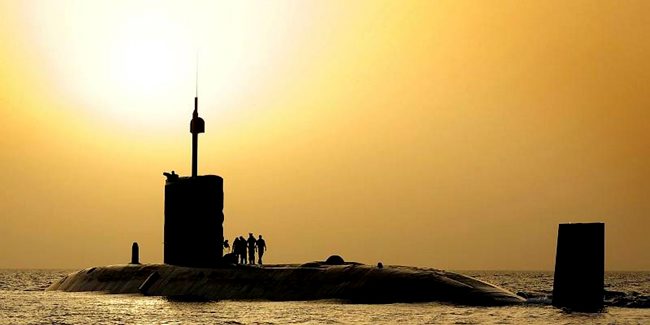 The England Football Team will be cheered on by hundreds of UK troops at Wembley this Friday 27th March as England take on Lithuania in the Euro 2016 Qualifier.

The FA are once again getting behind our country’s courageous military personnel and offering them the opportunity to support their football heroes.

Submariners from HMS Triumph who have been off shore for prolonged periods underwater and away from family and loved ones will be part of the military crowd attending the match as part of their much deserved R&R.

Able Seaman Nicholas Mead of HMS Triumph said: “The Crew are looking forward to the opportunity to support their home nation in the upcoming fixture and are grateful to be given the opportunity to attend the match at Wembley. This opportunity comes as the Submarine enters a phase of pre-deployment training prior to deploying on operations later in 2015.”

Jordan Henderson, England International Footballer said “To know that the troops have chosen to come down and support us during their precious time off is a real morale boost to the team.  We’re extremely pleased that the partnership continues between The FA and Tickets For Troops and it fill us with immense pride to play in front of our country’s heroes.”

HMS Triumph and her crew are currently in a displaced maintenance period away from their base port HMNB Devonport (Plymouth) at HMNB Clyde Scotland. This maintenance period has given the crew the time for some much needed rest and recuperation with their families following an intense operational programme spanning 18 months in which HMS Triumph has undertaken a wide range of operation. With ever-changing operational requirements and prolonged periods underwater away from family and loved ones, the crew remain ever ready to undertake whatever the next operational requirement may be.

Veronica Bamford, Director of Operations at Tickets For Troops said “It is very important to us as a military charity to provide as many opportunities as possible to our country’s marvellous service personnel to attend top class events when they’re enjoying their well-deserved time off with their families and friends.”