BRITISH TROOPS COME TOGETHER FOR #ENGLAND 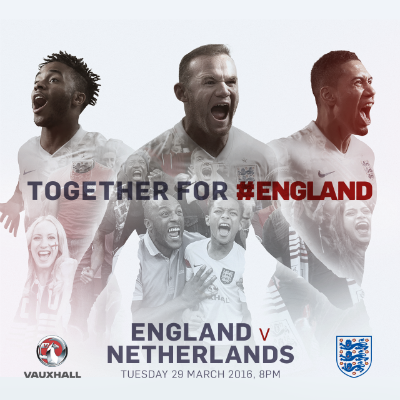 THE FOOTBALL ASSOCIATION have renewed their support for the British Armed Forces by donating tickets to Tickets For Troops for England football matches for the SEVENTH year.

1,000 troops and their families have been invited to watch A Breast Cancer Care International, England v Netherlands at Wembley Stadium on 29th March for the national side’s first international fixture of the year on home soil.

The FA are long-standing supporters of Tickets for Troops and have provided thousands of opportunities for military personnel, their families and close friends to enjoy watching the national side play for their country.

Veronica Bamford, Director of Operations at Tickets For Troops said “We are extremely proud to be able to distribute such a huge number of football tickets to our servicemen and women thanks to the enormous support from The FA.

Since 2009, they have donated over 30,000 tickets to our troops for international matches demonstrating their overwhelming support for our Armed Forces.”

Tickets are available for current serving members of the Armed Forces and those who have been medically discharged since 2001. Individuals can apply for tickets online at www.ticketsfortroops.org.uk