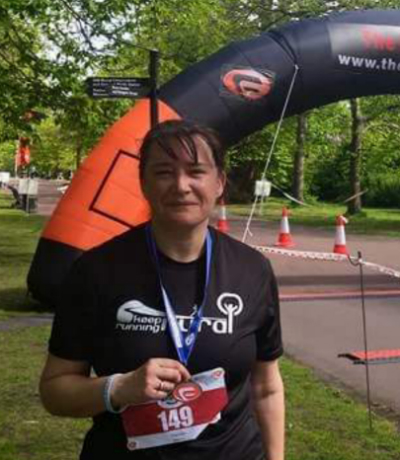 Cpl Weeks joined the RAF 24 years ago and has been serving in MPGS since 2003. Originally from North Dorset Villages, she has two girls, 16 and 18 years old, who’ll be cheering her on from the sidelines on 24th April.

Cpl Weeks has an impressive task ahead of her as she has committed herself to running her 13th, 14th and 15th marathons in three consecutive weekends.

She has sandwiched the Virgin Money London Marathon in between Brighton and North Dorset Villages and has signed up to run the famous capital’s marathon for Tickets For Troops.

Since being based in London and as a big musical fan, Cpl Weeks has been able to benefit from Tickets For Troops and has taken her girls to shows including Miss Saigon, Made in Dagenham and Memphis the Musical. She told us that her motivation for supporting the charity was to give something back.

We wish her all the success for the Virgin London Marathon and look forward to waving her over the finish line!