The FA join forces with Tickets For Troops 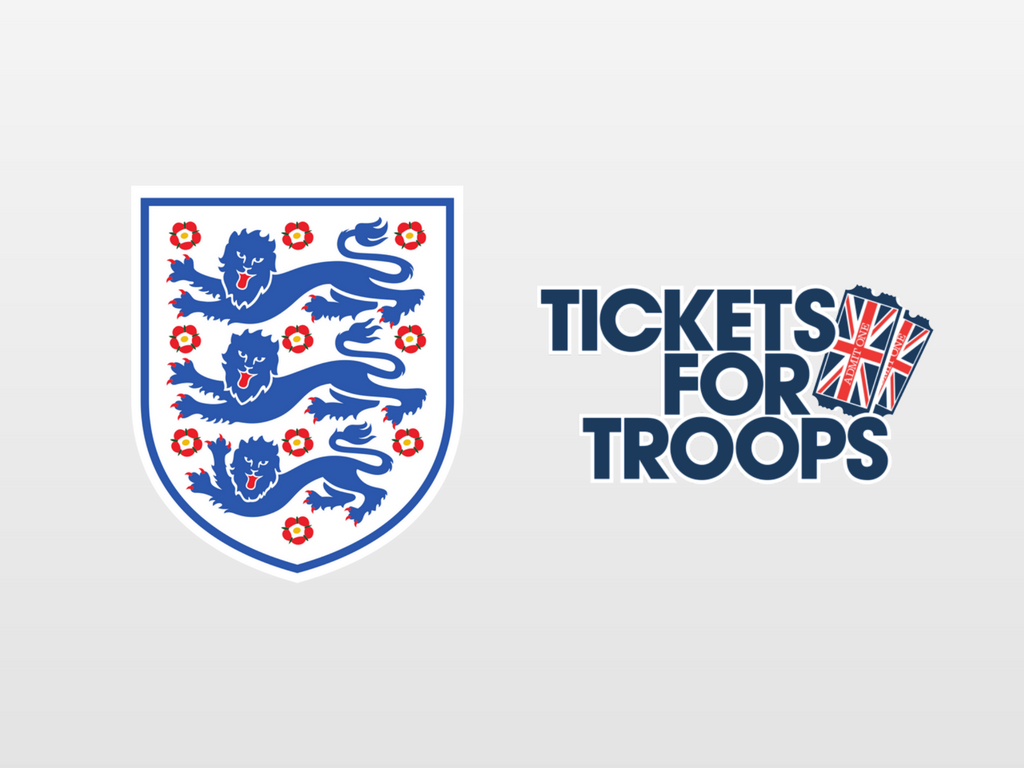 The FA has again joined forces with the military charity Tickets For Troops (www.ticketsfortroops.org.uk) to provide one thousand FREE tickets for tomorrow’s pre World Cup friendly match between England and Italy at Wembley Stadium.

Thousands of members of the UK’s Armed Forces and their families have been able to see England’s matches since the charity was launched in 2009 and The FA has played a significant part in helping Tickets For Troops reach a significant milestone last month when it celebrated giving away ONE MILLION tickets.

The charity was set up to reward and recognise those members of the services who make so many sacrifices to keep Britain safe and is supported by many sporting governing bodies as well as theatres and concert venues all over the country.

A spokesperson for Tickets For Troops said: “The FA is one of our most generous supporters and our members are always thrilled to share a Wembley Stadium experience with their families and friends.”