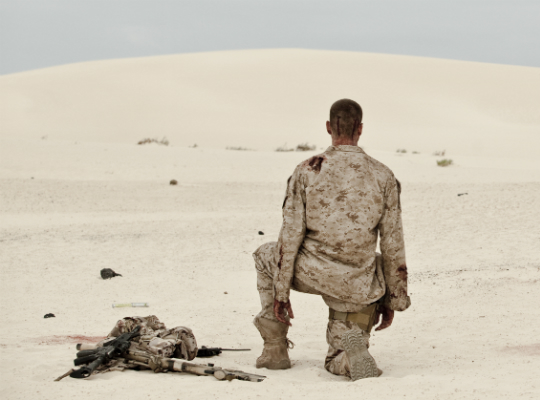 To celebrate the release of MINE, available on Blu-ray, DVD and Digital Download on Monday 17 April, we’re hosting an exclusive launch day screening of the film at Universal Pictures HQ.

There will be a drinks reception as well as the chance for three lucky winners to win a copy of the Blu-ray to take home with them.

Set in a sub-Saharan desert, Sergeant Mike Stevens (Armie Hammer) finds himself stuck in the middle of a mine field after attempting to flee an assassination attempt that goes wrong. Tired, wounded and unable to move for 52 hours, Mike must draw on every part of his military training to stand any chance of returning home.