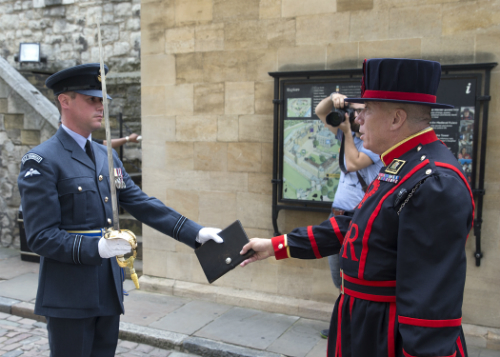 This year, 32 members of the wonderful team at London District HQ have chosen Tickets For Troops as one of their charities to support during their Virgin London Marathon endeavours.

Each week we will be profiling one of the runners facing the tough task of the most famous marathon in the world. First up we have Flight Lieutenant Ed Soane.

Ed is a member of the Royal Air Force Regiment and is based at RAF Waddington, Lincolnshire. He has been in the Armed Forces for 16 years and is originally from Bracknell, Berkshire. Ed has always been passionate about helping Forces charities and is very excited about the opportunity to now help Tickets for Troops by running the London Marathon to raise money.

Ed is currently undergoing a rigorous training regime to ensure he is fit and ready for the challenge of 26.2 miles by running 4 times a week to progressively increase up to the 20 mile mark prior to commencing the marathon.

Ed wants to raise at least £500 and needs any support you can give to help a very important charity that has helped so many serving members of the Armed Forces, Veterans and their families.

Get behind Ed today and help him reach his target: mydonate.bt.com/fundraisers/edsoane1