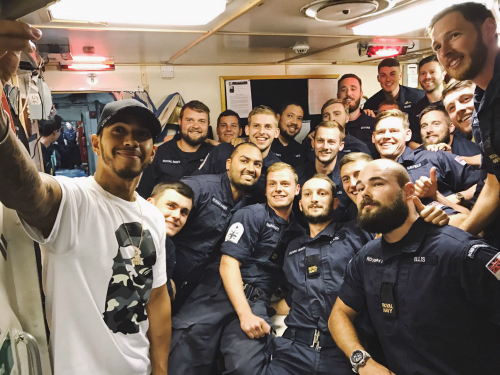 British F1 racing driver Lewis Hamilton was given a guided tour of HMS MIDDLETON at its current base in Bahrain on Monday [17 April 2017].

Hamilton, who came second in the Grand Prix on Sunday, took time out on Monday to pose for photos, sign autographs and learn more about Royal Navy operations in the region, shortly before the minehunter set sail.

Thanks to generous support from the Crown Prince of Bahrain, Dragon Advisory Limited and CSM Sport & Entertainment, Tickets For Troops secured 40 tickets each day for members of the Royal Navy, and their Army and Royal Air Force colleagues all serving with the United Kingdom Maritime Component Command, to attend the Bahrain Grand Prix.

Tickets For Troops trustee, Stuart Higgins, organised the visit of the former F1 Champion to the ship which ensured our service personnel who have spent months away from their families and friends could enjoy the Easter weekend in style. 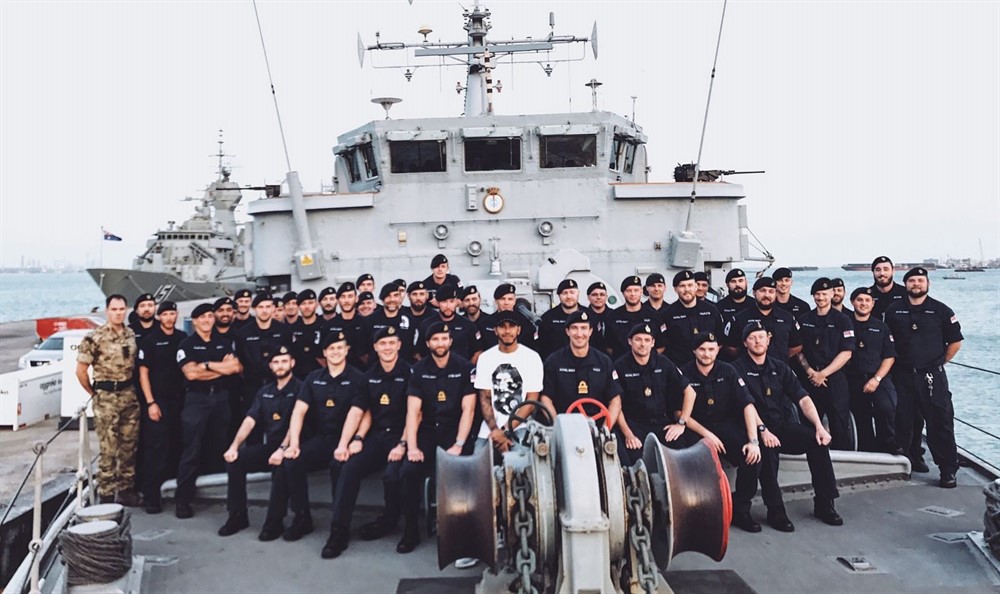 Royal Navy Commander Nicholas Stone, from Bahrain said "This experience has made such a difference to our personnel over the last week, both the Grand Prix and then capped off last night [17 April] by Lewis’s visit. Please accept my most sincere thanks for your support of those of us deployed out here"