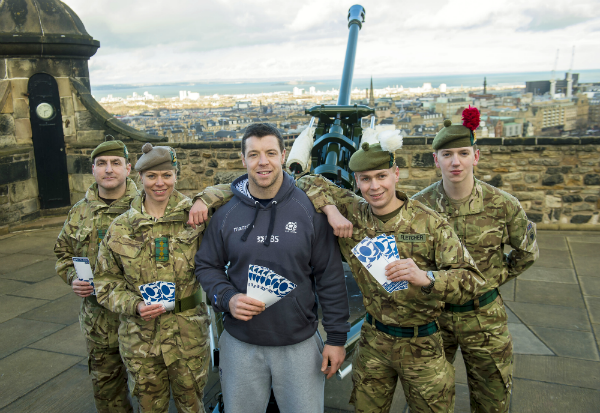 Scottish Rugby has donated ONE THOUSAND tickets to our country’s heroes for the RBS 6 Nations game against Italy at BT Murrayfield Stadium this Saturday 28th February.

Servicemen and women will benefit from free tickets to the RBS 6 Nations, Scotland v Italy match courtesy of the on-going generosity of Scottish Rugby.

Scottish Rugby has donated in excess of 4,500 tickets through Tickets For Troops to our nations brave service personnel over the last three years.

Veronica Bamford, Director of Operations at Tickets For Troops said “Scottish Rugby is yet again recognising the challenges faced and sacrifices made by our nations service personnel on a day to day basis. We are extremely grateful to them for offering the troops a token of their appreciation and the opportunity to watch some top class rugby at BT Murrayfield Stadium.”

Dominic McKay, Scottish Rugby's Director of Commercial Operations, Communications and Public Affairs, said: "Partnerships such as the one we have with Tickets for Troops are vitally important and we are proud to offer RBS 6 Nations tickets as a way of continuing to support today's troops, especially given the way in which our team has been affected by previous conflicts.”

Scottish Rugby can certainly expect a huge noise and a warm welcome to the stadium from the hundreds of troops backing their National side.