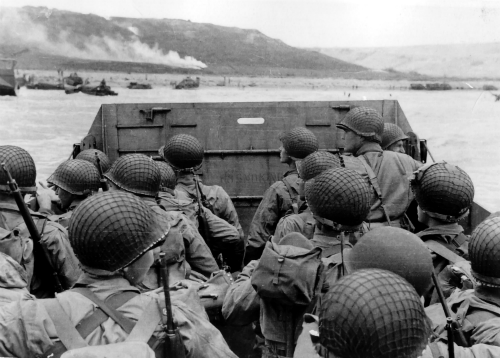 British people are fast forgetting world war history – with three in ten admitting they haven’t heard of the Battle of Britain, research has found.

A study of 2,000 adults found an alarming lack of knowledge when it comes to some of the most defining moments of the two world wars with key battles, dates and influential figures all drawing a blank.

Just over half of adults know Neville Chamberlain was the British Prime Minister at the start of World War II, while almost one in twenty believe Germany were one of Britain’s allies during the conflicts.

A quarter aren’t aware of the significance of the poppy fields in World War I, 54 per cent are clueless about the Gallipoli Campaign, while 37 per cent haven’t heard of the Battle of the Somme.

Worryingly, one in ten adults doesn’t believe it’s important to have a good grasp of world war history, claiming it’s no longer relevant as it’s in the past.

The stats emerged in a study by The Water Diviner, the film directed by and starring Russell Crowe, which is based on true events and tells the story of a man trying to locate his three missing sons after the Battle of Gallipoli.

A spokesman for The Water Diviner, which commissioned the research to mark today’s Blu-ray and DVD release of the film said: “The two world wars shaped the country into what it is now and are both a huge part of our history.

“So it’s worrying to see so many people have such little knowledge about what happened during the two conflicts.

“While there are now generations of people who weren’t alive during either war, it’s still important to make sure we are all aware of the key events and what our older relatives went through to give us the life we have today.

“In fact, as the number of people who lived through the wars is decreasing, it’s more important than ever to make sure we retain our knowledge of the wars to make sure it doesn’t disappear altogether.”

The study found almost three in ten had no idea the Battle of the Somme took place in World War I, while one in four didn’t know the ‘The Great War’ is often used to refer to the First World War.

And just 44 per cent of people knew the Battle of Gallipoli took place during World War I.

Key dates also drew blanks from those polled with more than one in ten struggling to pick out the start and end dates of the First World War.

One in five Brits haven’t heard of the story of Anne Frank, while 14 per cent are unaware of D-Day.

Half have no idea what happened at Stalingrad during the Second World War, while even the term VE Day drew blanks from one in four people.

The Blitz, Auschwitz and Hiroshima were other terms which some are unaware of.

Three in four Brits even admitted there are certain events from the two conflicts they are only aware of because they were featured in a film or TV programme.

It also emerged that while more than half admit they don’t have a great knowledge of our World War history, nine in ten think it’s important.

But of the one in ten who don’t, one in five believe they no longer need to worry about it as it’s in the past, while others disregard it as it didn’t happen in their lifetime.

It also emerged 95 per cent of people think the nation’s knowledge of the world wars is fading over time, with another 91 per cent believing this is only going to get worse as future generations will be less informed than ever.

Already, more than one in ten Brits don’t know anyone who experienced either of the world wars.

The survey was run to coincide with the release of The Water Diviner, which is now available on Blu-ray and DVD (courtesy of Entertainment One)