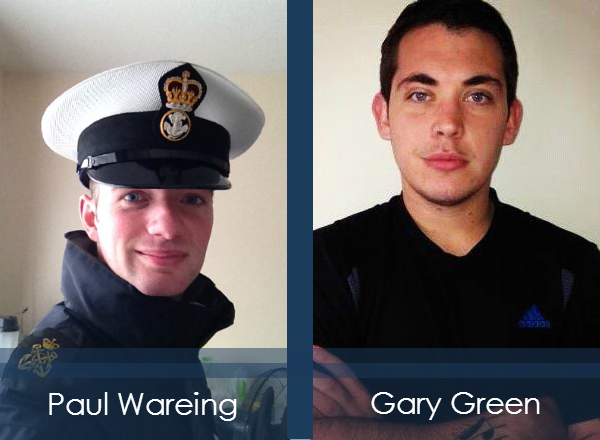 WILL BE RUNNING 26.2 MILES FOR TICKETS FOR TROOPS

During his career, Paul has served on HMS Argyll completing deployments off the coast of Iraq and east coast of Somalia.

Paul is also a keen representative for his Unit's various sports teams including football, swimming, cricket, badminton, cross country and has represented the Royal Navy in Athletics at the Tri-Service competition.

"I am honoured to have been given the opportunity to run the 2015 Virgin Money London Marathon in aid of Tickets For Troops. I want to represent all fallen and current serving Sailors, Soldiers and Airmen and women of HM Armed Forces, especially my long lost shipmate and close friend, ET(ME) Lee "Rattler" Morgan who was unfairly taken from us in a road traffic accident 6 years ago"

SUPPORT PAUL AS HE RUNS FOR ALL FALLEN AND CURRENT TROOPS

Gary Green will be running the 2015 Virgin Money London Marathon for Tickets For Troops.

Gary was injured in Afghanistan in 2009 by two Improvised Explosive Devices concealed in the side of a compound wall which left him blind in his right eye.

Since leaving the Armed Forces, Gary has found it very difficult to adjust back to a civilian lifestyle and has suffered with severe PTSD.

SUPPORT GARY WHO FINDS RUNNING 'ANOTHER POSITIVE FOCUS IN [HIS] LIFE'