Tickets For Troops is nominated for a Millie! 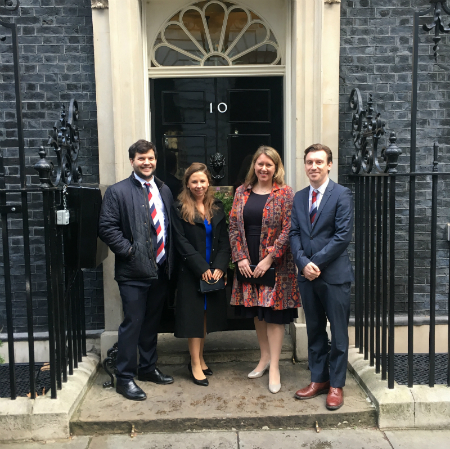 THE SUN Military Awards – affectionately called The Millies – is the nation’s salute to Britain’s amazing Armed Forces.
Today, we are extremely proud to announce that we have been nominated in the category for 'Support to the Armed Forces'.

This morning, [Wednesday 14th December] the Tickets For Troops team attended a reception at Number 10 Downing Street hosted by the Secretary of State for Defence Michael Fallon along with all the nominees. We will be attending the awards ceremony tonight, attended by the Prime Minister Teresa May, senior military personnel, politicians and a host of celebrities.
Veronica Bamford, Director of Operations at Tickets For Troops "As we narrow the gap towards our ONE MILLIONTH donated ticket, we are honoured to have been nominated for this prestigious award and to represent the hundreds of ticket donors who help us recognise our marvellous servicemen and women every day."
--
Watch The Sun Military Awards - The Millies exclusively on Forces TV.

On Wednesday The Sun will celebrate our military heroes. Watch this coverage only on Forces TV. Forces TV inform, connect, entertain and champion the Armed Forces, bringing you the very best of military comedy, entertainment, drama, factual documentaries and forces news.