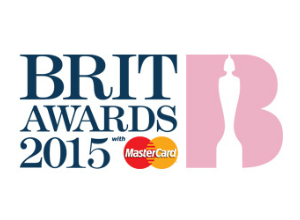 The BRIT Awards 2015 with MasterCard has yet again generously donated 200 highly sought after tickets to this year’s star-studded event to Tickets For Troops members.

2015 marks the fifth year The BRIT Awards have supported our country’s Armed Forces and to date have donated over 1,000 tickets. Over the years they have given troops the unforgettable opportunities to watch stars such as One Direction, Rudimental and Beyoncé.

Gosport based Warrant Officer Emma McLocklan of the Queen Alexandra's Royal Navy Nursing Service is one of 100 lucky service personnel who has been offered a pair of tickets to The BRIT Awards 2015 with MasterCard through the charity Tickets For Troops.

The Emergency Trauma Nurse will be ending her 25.5 years service of HM Armed Forces this April, and was extremely excited to find out she would be in the same room as her favourite artist, Gary Barlow.

She said of the tickets “What a celebration of my time in the Royal Navy. Thank you so much. The support from the BRIT Awards is a great thank you for the hard work of the Armed Forces, at home and abroad, and the recognition means a lot to all members of the forces.

Warrant Officer McLocklan was the Trauma Team Leader on both her tours of Afghanistan and Iraq, where she spent long months away from her husband and two young daughters (three years old and one year old whilst in Afghanistan). “It was slightly easier on the girls the first time around as they were very young and had a lot of family support around them and in particular their dad Chris who must take a great deal of credit for taking such good care of them whilst managing a full time job as a Paramedic. The second tour however they were more aware and it was a lot more difficult, especially when speaking to them over the phone and hearing them ask ‘when are you coming home?”

She said of her time on tour “Professionally they were both absolutely amazing experiences and I had phenomenal teams that I worked with but the downside which we are all affected by was having to treat those who were badly injured or didn’t make it.”

The BRIT Awards team are extremely proud to be able to support our nations brave service men and women and recognise their commitment to duty.

This year troops will be brushing shoulders with the stars such as Ed Sheeran, Sam Smith and Royal Blood.

Maggie Crowe OBE from BPI said:  "We are delighted to continue our relationship with Tickets For Troops and support the Armed Forces. We look forward to seeing the troops on the night and hope they all enjoy the show!”

Veronica Bamford, Director of Operations at Tickets For Troops said: “The BRIT Awards is certainly one of our most popular events of the year and we are so grateful to them for yet again generously supporting the Armed Forces. They will be putting a fabulous night of music and entertainment on for the troops who, like Warrant Officer Emma McLocklan very much deserve a top night out.”