THE FA EXTEND LONG-STANDING PARTNERSHIP WITH TICKETS FOR TROOPS 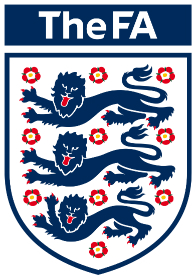 The FA has today extended its long-standing partnership with Tickets For Troops until the summer of 2016 – guaranteeing thousands more FREE tickets at Wembley Stadium for members of the Armed Forces.

The FA will allocate at least 500 seats to Tickets For Troops for EVERY England international, starting with the visit of Norway to the national stadium on Wednesday 3 September. That match coincides with the 75th anniversary of the start of the Second World War and appropriate remembrance commemorations will take place on the night.

The FA has been associated with Tickets For Troops since 2010 and - as the biggest sporting contributor of tickets - has donated more than 20,000 seats for major matches including England games and The FA Cup. This has enabled thousands of servicemen and women to enjoy watching their favourite teams and first class football for free.

Earlier this month hundreds of servicemen and women from across the country attended The FA Community Shield on Sunday 10 August while Prime Minister David Cameron endorsed the link between the charity and the FA on a trip to St. George’s Park in May to mark the donation of 500,000 tickets

Today’s announcement ensures The FA-Tickets For Troops partnership will continue throughout the qualification campaign for UEFA EURO 2016 in France – a period when The FA is also marking the First World War centenary. Alongside the Premier League, Football League and British Council, The FA is involved in a Football Remembers project this year commemorating the Christmas Truce matches of December 1914.

Lord Marland, Chairman Director of Tickets For Troops said: “We are extremely grateful to The FA for the generosity they have shown our country’s deserving Armed Forces over the years and we are delighted that we are strengthening our partnership with The FA in this way."