Tickets for Troops at Remembrance 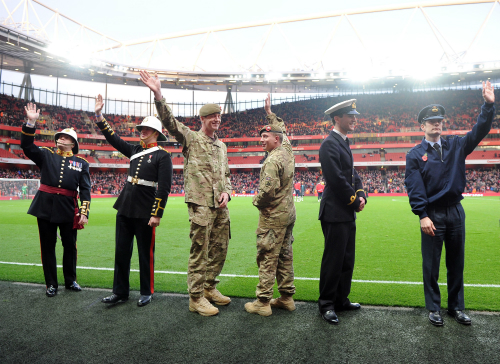 With Remembrance time upon us and the familiar sight of poppies adorning the coats of the nation, Tickets for Troops would like to take the opportunity to thank all the organisations who have remembered our Armed Forces so far this year.

With our overall ticket donations up 10% in 2013, we've had some really fantastic events that have been enjoyed by thousands of our members. The tickets come from a wide variety of organisations covering a wealth of events to appeal to everyone. We've also had tickets for two nights of Jason Manford at the Hammersmith Apollo and troops enjoyed a selection of nights seeing Jay-Z perform at the O2. The FA, who support us with tickets to every home game, have donated tickets for England v Chile and England v Germany, both of which have been hugely popular. The Scottish Rugby Union scored a try with a generous donation of tickets to their games against Japan, South Africa and Australia. There is currently a ballot running for a great family event, 'Disney Fantasia - Live in Concert' at three venues across the UK which will be drawn in December.

Ross Barden, Director of Operations at Tickets for Troops, says 'The charity receives overwhelming support from our donors at this poignant time of year as the public go that extra step to show their appreciation for men and women of our Armed Force and to remember those who have made the ultimate sacrifice to protect our freedom. We'd like to say a big thank you to all our donors for their continued support and for remembering those who give so much to our country.'