TROOPS ATTEND ONE OF THE WORLD’S GREATEST SPORTING EVENTS 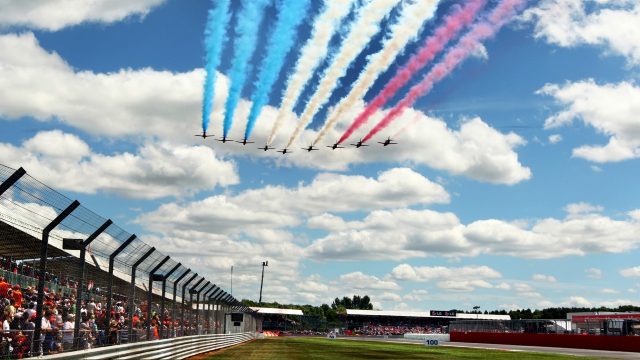 Silverstone have, for a sixth year shown their support for the British Armed Forces by donating 100 tickets for the 2016 Formula One British Grand Prix through the military charity Tickets For Troops.

Due to the continued support of Silverstone, on Sunday 10th July, 50 troops and their guests headed to the Circuit where they saw top Formula 1 drivers, including Lewis Hamilton and Nico Rosberg take to the world renowned circuit for the 2016 Formula 1 British Grand Prix.

Silverstone are long-standing supporters of Tickets For Troops and for the last six years have provided military personnel, their families and close friends with the opportunity to attend one of the World’s greatest sporting events.

Tickets For Troops Member, Corporal Alex Clements said: “The whole day was absolutely amazing from beginning to end. The tickets were incredible and our seats meant we could see all of the best bits and we got to go onto the actual track after the race had finished. This is one of the first times I have ever used Tickets For Troops and I felt extremely lucky to win. It was a once in a life time experience, thank you to Tickets For Troops and Silverstone for providing me with this opportunity.”

Director of Operations at Tickets For Troops, Veronica Bamford said: “It is always an exciting time of year for the charity when The Formula 1 British Grand Prix comes around and it generates a huge amount of interest from our servicemen and women. Once again the circuit have gone above and beyond to let our troops benefit and enjoy one of the UK’s top events. We would like to send our congratulations to Lewis Hamilton for giving the troops an even more memorable race.”