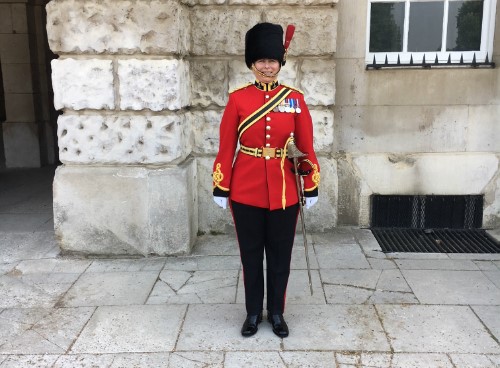 THIRTY members of the UK’s Armed Forces will be on parade for the London Marathon this weekend aiming to raise funds for the military charity Tickets For Troops which provides free tickets for sailors, soldiers and airmen and women for major sporting, music and theatre events.

A former Head Coachman to HM The Queen and member of the Royal Household, Plymouth-born Jack Hargreaves, 49, of the Royal Horse Artillery, who served in Kosovo and received the MVO (Member of the Victoria Order) in the 2017 Birthday Honours, is amongst the runners.

Major Catherine Russell, 44, from Tring, Herts, who has served in Kosovo, Iraq and Afghanistan with the Royal Corps of Signals said: “Tickets For Troops is a charity which supports all troops.  I’ve used it since I’ve been working in London and it is nice to be able to give something back to the charity.”

The Band of the Grenadier Guards' Musician Victoria Carter-Graham, 26, from Farnborough, Hants said: “I’ve always wanted to take part in the London Marathon since I was a kid. I really want to help the charity and at the same time I want the achievement of running the London Marathon.”

Warrant Officer Class 2 Scott Fitzgerald, of the Coldstream Guards and Senior Drum Major in the Royal Household, who will be on duty for the Royal wedding of HRH Prince Harry and Meghan Markle next month, said: “It’s my last year of regular service in the Army and I was inspired to run the marathon two years ago. I’ve seen various theatre shows in London including Miss Saigon as well as England football matches, so I am a big fan of Tickets For Troops.” 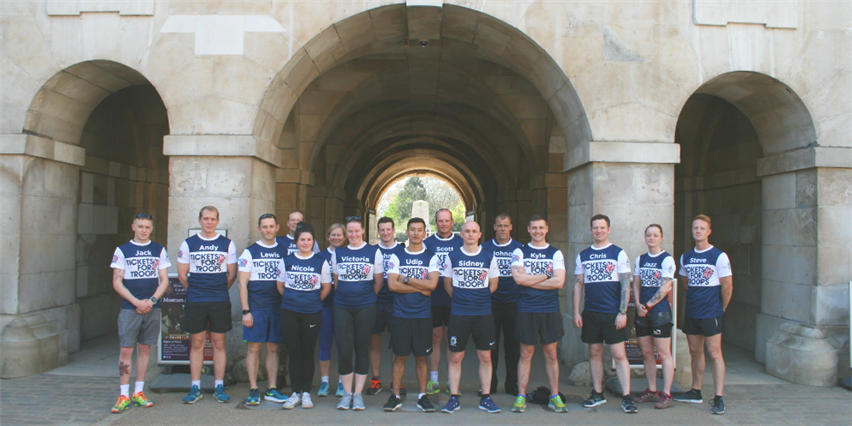 The Tickets For Troops ‘team’ which will be sponsored by the sword manufacturers Pooley Sword for the second year running, hope to raise over £15,000 for the charity which was launched in 2009 and has donated over ONE MILLION tickets to the Armed Forces.